Dr. Michael Hogan’s expertise is in the area of physical chemistry, biosample processing and genetic testing. He is leading multiple programs in technology development at PathogenDx, with special emphasis on building its proprietary DNA microarray technology into the cannabis, food safety and agricultural markets.

Dr. Hogan has 30 years of experience in translational science, with special emphasis on the application of physical biochemistry to commerce. Hogan has invented, developed & commercialized multiple technologies for medical devices, therapeutics, in vitro diagnostics, genomic testing and biological sample preservation and has been awarded more than 50 patents and has more than 90 peer reviewed publications in those several areas. His team’s work in the area of biological sample stabilization was awarded a Frost & Sullivan Award in 2014.

Dr. Hogan obtained his undergraduate degree in Biology from Dartmouth in 1973; his Ph.D. in Molecular Biophysics from Yale in 1978; and as a post-doc in 1979, was awarded a Damon Runyon Cancer Fellowship at Stanford, where he worked in the Stanford Magnetic Resonance Laboratory. In academia, Hogan first served as Assistant Professor of Molecular Biology at Princeton (1979-1988) and then Professor of Biotechnology & Molecular Physiology at Baylor College of Medicine (1989-2001) where he also served as the Founding Director of the Graduate Program in Biotechnology.

Five companies have been formed from his technology over the past 20 years, all in the area of DNA biotechnology, therapeutics and diagnostics. For each, he served as a Founder and CSO, having worked closely with the equity funding community and directly with multiple academic and commercial partners and customers. 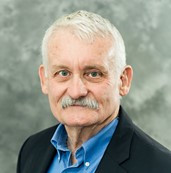