Dr. Hope Jones is Co-Founder and President of Superior Phenos, LLC, a cannabis biotech & hemp young plant production company based in Arizona and CEO of Emergent Cannabis Sciences, an international cannabis and micropropagation consulting company. Superior Phenos is a team of seasoned plant scientists and commercial professionals coming together to raise the cannabis industry standards of science, business practices and product quality. Dr. Jones is the former Chief Scientific Officer for C4 Laboratories – an Arizona cannabis analytical laboratory and previously served as the Director of Science and Micropropagation for a large cannabiscultivation and product manufacturer in the United States.

With her deep expertise in both hemp and cannabis, Dr. Jones is frequently requested to participate in and advise on cannabis and hemp policy and reform at both the State and National levels. She was named the Scientific Research Adviser to the state branch of NORML, (The National Organization for the Reform of Marijuana Laws) an American non-profit organization based in Washington, DC with similar branches around the world. Dr. Jones has also served as an advisor at the Federal level to the USDA (United States Department of Agriculture) the US government body responsible for Hemp regulation (US Farm Bill). And at the State level, Dr. Jones’ has been a part of many matters of local importance to cannabis policy and reform, including; drafting legislation in Arizona to implement the AZ Hemp bill and serving on the AZ Testing Advisory Council, responsible for the establishment of cannabis testing rules to ensure patient and public safety. Dr. Jones is also a highly sought out industry presenter and publication contributor.

Dr. Jones is a graduate of the University of Arizona where she earned her B.S. in Plant Sciences and Ph.D. in Molecular & Cellular Biology and Plant Sciences. Her tenure at the University of Arizona’s world-renowned Controlled Environment Agriculture Center (CEAC) allowed her to develop extensive micropropagation skills and knowledge. During this time, she developed novel micropropagation in vitro systems to rescue populations of endangered and difficult to propagate or- chids. Dr. Jones’ previously worked as a Staff Scientist for NASA’s Life Sciences and Biosystems Engineering Program, where she was responsible for micropropagation production of crops high in antioxidants, phytochemical research and developing growing system technologies that improved both the quality and quantity of crop yields during deep space missions.

From the heavens to Earth, quite literally, Dr. Jones is dedicated to deepening our understanding and utilization of plants for the betterment of humanity. 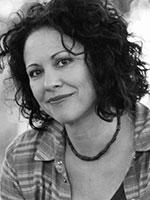