Daniele Piomelli studied pharmacology and neuroscience with James H. Schwartz and Eric Kandel at Columbia University (1983-1988), and with Paul Greengard at the Rockefeller University (1988-1990). In 2000, two of his mentors (Kandel and Greengard) were awarded the Nobel Prize for their contributions to physiology and medicine. After working at the INSERM in Paris (France) and at the Neurosciences Institute in San Diego, with Nobel Laureate Gerald Edelman, Daniele joined the University of California, Irvine, where he is now Louise Turner Arnold Chair in Neurosciences and Distinguished Professor of Anatomy and Neurobiology, Pharmacology and Biological Chemistry. Daniele is an author of 415 peer-reviewed articles in journals such as Nature, Science, Nature Medicine, PNAS and Nature Neuroscience, three full-length books, and 34 patents. He founded the department of drug discovery and development (D3) at the Italian Institute of Technology in Genoa (Italy), which he directed from 2007 to 2016, and three biopharmaceutical start-ups based on discoveries made in his lab. Since 2018, Daniele serves as Editor-in-Chief of Cannabis and Cannabinoid Research, the only peer-reviewed journal entirely dedicated to the study of cannabis, its derivatives, and their endogenous counterparts in the human body. He directs the NIDA Center of Excellence ICAL (Impact of Cannabinoids Across the Lifespan) and UCI’s Center for the Study of Cannabis. 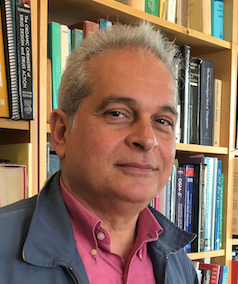 Daniele Piomelli
Featured In:
MJBiz Network
About Us
Contact & Policies
Get MJBizScience and Emerald Conference news